No Best Actress win for Ann Kok and Jeanette Aw 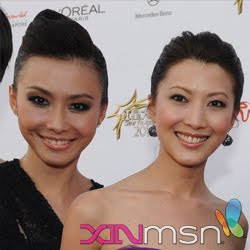 Ann Kok made a widely-lauded comeback as a materialistic and braggart housewife, Alice, in the highly-raved 2009 household hit drama series, Housewives' Holiday. Despite her stellar performance in the show, Ann failed to nab the Best Actress Award last night and lost out to Chen Liping, who won for performance in Reunion Dinner.
Speaking to xinmsn in an interview, the 37-year-old confessed that she was "not disappointed" at going home empty-handed and preferred to "let things take their natural course instead."
"I did not habour any hopes of winning at all. I didn't even prepare a thank-you speech. Now you know how strong my sixth sense is," she cheekily replied.
The actress who is "not a single bit disappointed" explained, "I disappeared from the Star Awards ceremony over the past 10 years -- I was not nominated and did not even get listed into the Top 20 Most Popular Female Artistes award.

"I did not hope for much with this nomination, however my fans and friends were really hoping [for a win] and they are very supportive."
When asked to choose between the Best Actress Award and Top 10 Most Popular Female Artiste award, Ann, who was decked out in an all-black rock-chic outfit frankly said that she would "prefer to win the Best Actress Award" because "it is hard to find such a leading actress role with such weightage."

On the other hand, crowd-favourite Jeanette Aw who lost the Best Actress Award two-times in a row was all cool with her loss. 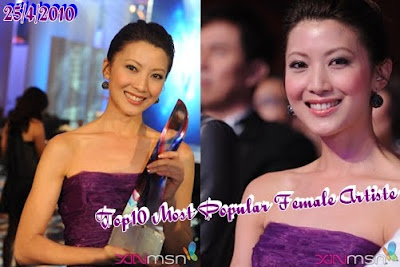 "I'm really ok with it. From the start, I have always thought that Chen Liping and Hong Huifang would have a higher chance of winning. They are all veteran actresses and their roles were really fun."
Although she confessed to "habouring some hopes" on gaining a Best Actress nod at the Star Awards ceremony, Jeanette didn't feel "overly disappointed" and instead, expressed a desire to challenge herself with different roles and will "work even harder at it."
"I hope to receive even better projects next time round, and surprise everyone with my new projects. I hope to also gain some breakthrough in my roles in future," she said. 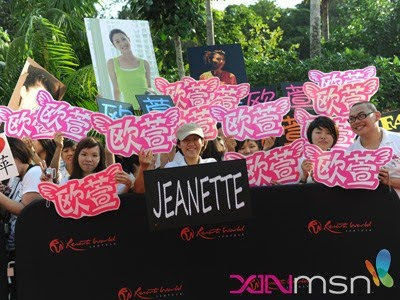 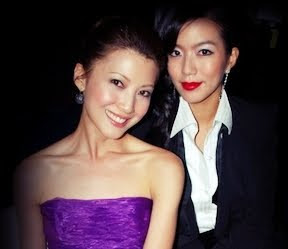 I hope you will not be angry if I write something not related to this post. How to become a child star? Like Regine and Gerald? Also something like Michelle Chia when she was young