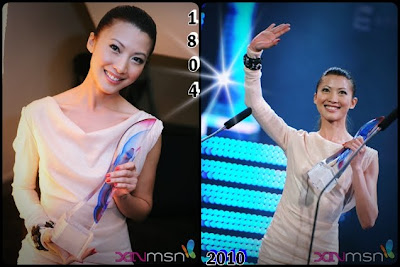 Jeanette Aw's genteel, steely and headstrong character, Yao Jianhong, from megadrama series, Together, proved to be no pushover to Rui En's legion of fans, Felicia Chin's threatening triple nomination (Sun Min in The Ultimatum, Apple Hong in Baby Bonus, and Tao Haitong in Love Blossoms II) and Aunty Lucy's effervescent "so embarrassing" personality.
At an exclusive backstage interview with xinmsn, Jeanette profusely thanked her fans, family, and the production team for "giving me the role of Yao Jianhong."
She openly expressed her "love" for the character and revealed that she was "deeply attracted to Yao Jianhong when I first read the script."

"I never knew that such an ordinary woman exists. Her ordinary qualities could have appealed to viewers, who might be able to relate to it when they think of their mother or grandmother, who were brought up in those times."
"I really love this role of being Yao Jianhong," she ruefully added.
Looking every bit the fashionista with a head-to-toe ensemble from alldressedup and a sleeked back high ponytail, the 31-year-old acknowledged that she faced "tough competition" from the likes of Aunty Lucy and Felicia Chin, and referred to the so-embarrassing former as her "strongest competitor."

In-between chortles of laughter, she said, "Aunty Lucy is definitely my strongest competitor though Felicia is definitely one strong competitor too. She [Felicia] had three roles and 30% was already taken by her! They are both rather strong, and have quite a lot of fans too." 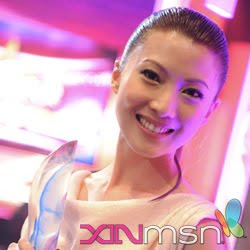 When asked to choose between the Media Darling and Most Favourite Character award, Jeanette expressed her preference over the latter and honestly acknowledged, "I'm not the hot favourite [for the Media Darling award]."
She straightforwardly explained, "I don't mind saying that because I can accept it. Everyone has their own opinions, and it is okay."

"But for this Favourite Female Character award, I acted for the audience and they loved it. This is a form of encouragement to me."
When asked if is she feels confident about running for Best Actress Award next week with this trophy to her name, she coyly remarked, "It has given me a glimmer of hope for the Best Actress award." 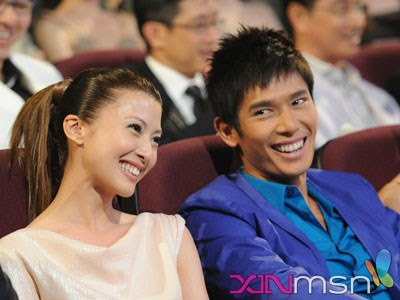 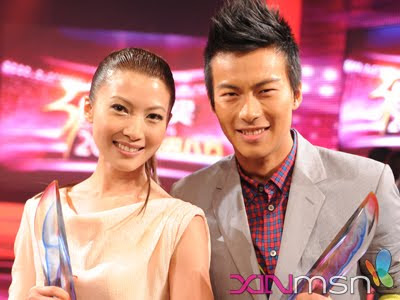 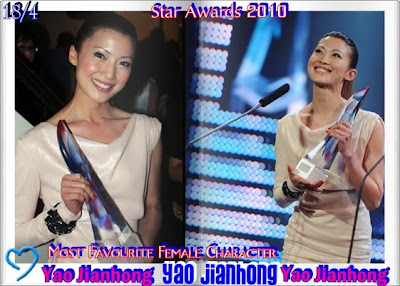 Hi Jeanette,
I don't know if you will read your fans' comments but I still want to congratulate you. You will be my idol forever and I will always support you! If I want to go to this sundays star awards live,do I need to book any ticket or do I hace to go there to buy the tickets myself? Is there any way where I can book it online? You rock! Jia you. You will definitely win the title for this Sundays star awards. Regardless is it top ten or best actress,you are sure to win!

OMG! I am a super big fan of Jeanette but I'm not recognised as one because I cannot go to the Star Awards live even though I want to because my parents don't allow me. I'm so sad. Jeanette, congratulations!

HEllo Jeanette aw! YOu the best!
You will be always my number one
idol . I did not go to this sunday star award live because I am still
young so I can't go to that.
But I will always be supporting you
by watching your shows and anything
that involve you! :D

Felicia Chin absolutely rocks. She is one of the best actress in the industry. Certainly hope to see her in more mediacorp productions. Check out some beautiful scans.